James has worked extensively as a Writer, Producer, Director and Studio Executive. His credits include such TV favorites as The Magicians, The Orville, Supernatural, Smallville, Charmed, Star Trek: Next Generation, Deep Space 9, Voyager, and Enterprise. He directed two feature films, Hanger 18 and the cult favorite, The Boogens.

James also served six years as Executive Vice President of Spelling Television where he worked on over twenty TV series including such hits as 90210, Melrose Place and 7th Heaven.

I love Hollywood. I’ve spent my adult life here, writing/producing/directing. I also love detective fiction. I grew up with Hammett and Chandler and now I read EVERYTHING. Current Favorites are Michael Connelly, Lee Child and Don Winslow. I’ve even got a replica of the Maltese Falcon in my office.

So, when I decided to start writing novels, I chose to write about what I know best, Hollywood. I also like novels with a liberal sprinkling of humor and sex, so I decided to write what I love to read.

I’ve written three novels so far; Dead and Not So Buried, Sexy Babe and In Cold Blonde.

I’ve been telling stories my whole life. But as two-hour movies, one-hour TV shows or books hundreds of pages long.

I love photography because I get to tell a story in one image, and I’ve been lucky enough to travel the globe with my camera in search of iconic images. 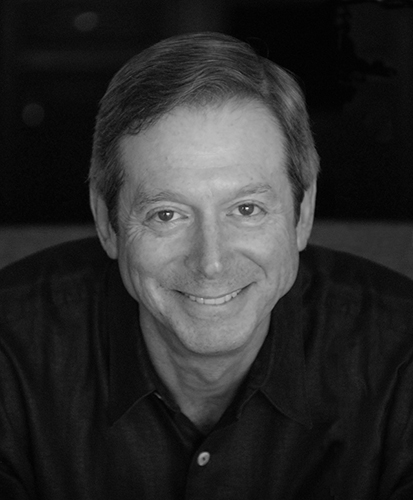